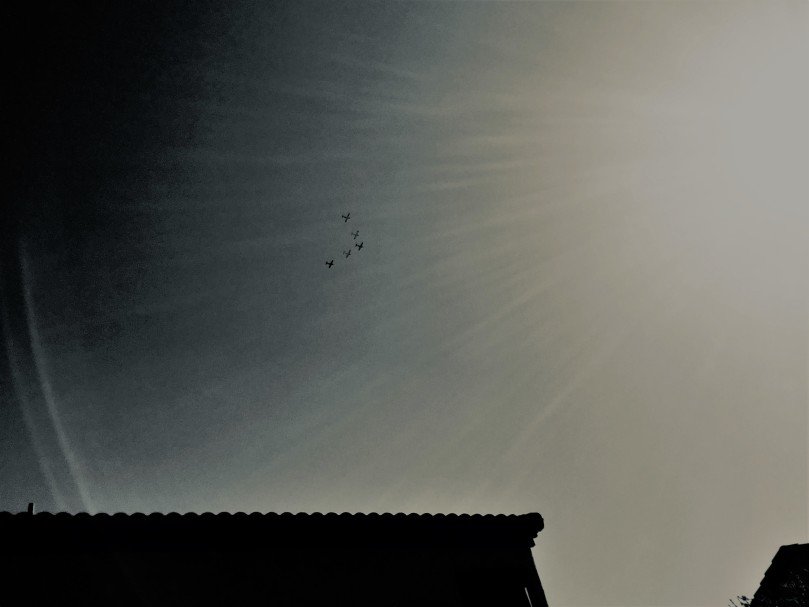 And now you try
Your handful of notes;
The clear vowels rise like balloons.

(i) Consider Lothar Sieber. On March 1, 1945 he probably became the first human being to travel faster than the speed of sound during the test flight which ultimately claimed his life. This was two years before American Chuck Yeagar became famous for surpassing this benchmark through level flight within a conventional aircraft. Sieber, in contrast, was piloting an experimental German interceptor craft, designed as a manned surface-to-air missile, making him also the first human sent airborne via vertical launch. There’s something distinctly Third Reich in the absurd ambition of this project, the echoes of which led much closer to home.

Sound can be defined as waves of kinetic energy traveling through an elastic, material medium. In most cases, we refer to pressure waves travelling through the air, which is invisible to our eyes, yet composed of diffuse molecules. As an example, when you clap your hands, the vibrations within the solid medium of your palm transmit energy to the surrounding air causing it to move as well. The individual molecules do not move very far; rather, the relatively localized motion causes nearby molecules to bump into molecules a bit further away transmitting energy in a chain reaction. A familiar comparison is the movement of waves in the ocean, where the energy travels through particular regions of water, but the water itself does not move with the wave.

[An interesting alternative case are the wave dynamics at play in traffic jams and spiral galaxies where the individual objects move through relatively static regions of density.]

An object traveling while also producing sound allows for interesting effects in directions toward and away from the motion. An observer listening to an object approaching at sufficient speed will experience an increase in pitch (shorter wave length/higher frequency) because the object is traveling in the direction of wave propagation. If the object increases speed, the time between each subsequent wave will decrease, increasing frequency and decreasing wavelength. The sound waves begin to pile up…

Imagine a classic run and gun arcade game where the hero throws paper planes at his enemies. The planes are released at set intervals and travel at a set speed despite the character’s relative velocity. If the character increases speed (in this case, exponentially) in the direction of the projectiles, eventually his speed will surpass the speed of the papers he is throwing causing a pileup.

This is a sonic boom. Obviously, the reality of wave propagation is much less discrete than in this example and the sonic boom travels outward in an expanding cone rather than in a single direction. We associate the sonic boom phenomenon with aircraft, but the crack of a bullwhip is perhaps the earliest human-produced example. Also, moving your hand really, really fast might work, too.

Ever assume detonation was just a fancy synonym for explosion? Guess again. Fitting the established theme, detonations are supersonic explosions which produce a shock wave as combustion products (and associated matter) move outward faster than the speed of sound.

On a final, tangential note, a common mistake people make is describing the Big Bang, the inflationary process theorized to have resulted in the creation of our universe, as an explosion. This is an inaccurate description due to the fact that the universe is isotropic at the largest possible scale of observation. Explosions have greater density toward their center and objects further out from the center are necessarily moving faster than objects closer in. While this latter condition happens to describe our own perspective of the cosmos, the explosion model would lead to the unlikely conclusion that we are precisely located at the center of the universe.

(iii) A compelling saga in macroevolutionary biology is the parallel development observed in the independent transition from water to land by several different clades (plants, arthropods, vertebrates, etc.) over the course of hundreds of millions of years. Varied responses to the challenges of desiccation, gamete dispersal, motility, and gas exchange (among others) were and continue to be primary architects of the biodiversity seen in terrestrial species today.

The human ear is one result of these selective pressures. In particular, the middle ear which contains the three smallest bones in the human body (malleus, incus, stapes) can be understood as a precision instrument designed to transfer information from one material medium to another. In this case, information received through compression waves in the air is amplified and transmitted via the aforementioned tiny bones into the aqueous, sensory environment of the inner ear. This setup was not relevant for our fish ancestors, immersed in liquid and unencumbered by the fact that sound propagates more slowly and less effectively through air than through water.

(iv) Time for an Actually…

When I hear the word “tremolo” immediately my mind goes here. In the fuzzy pink photo of Kevin Shields’ Jazzmaster you can just make out a section of tremolo arm visible in the upper left corner. It’s an iconic album cover. MBV’s lush guitar sounds were groundbreaking, but in reality, the whammy bar has nothing to do with tremolo. Tremolo, strictly speaking, involves modifications in volume. Pitch-bending, the relevant technique, is actually, vibrato. Bending guitar strings stretches the strings, shortening their wavelength and increasing the frequency of the sound they produce.

(v) Let’s round things out.

Consider James “Cool Papa” Bell. One of the legendary figures of the American Negro Leagues, Hall of Famer Cool Papa was perhaps the fastest man to ever play the game of baseball. How fast was he? As the story goes, he was so fast, he could turn off the light switch in his room and be in bed under the covers before the room went dark.

From everyone else’s perspective, it appears that lights go out instantly. Light disappears and darkness follows. But what is actually happening when we turn off a light at night? The light cannot just vanish. And the speed of light is not infinite. Each photon emitted just as the light is extinguished is released into the room. If there is no place for the light to escape (such as through windows) then the photons will bounce around the space in constant motion. When individual photons hit a surface (such as a wall) a portion of their electromagnetic energy is converted to kinetic energy absorbed by the wall in the form of heat. This process repeats until the total energy of the light has dissipated.

Let’s visualize this process at the level of a single emitted photon, the last bit of light released before the source lamp turns off completely. The speed of light (c) is approximately 300 million meters per second. Imagine your room is spacious: 10 x 10 m. We will also ignore air, any particles in the air, and objects such as furniture in the room for the sake of simplicity. The longest possible journey for a photon before hitting a wall would be around 14 m (corner to corner). We can split the difference and call the average journey between walls 12 m. Remember, light is fast. How fast? Each second, the photon will bounce off of the walls 25 million times. That is, it would, if it actually took that long for its energy to be exhausted.

On a related note, it is possible to directly measure the speed of light using your microwave oven. The procedure is described in detail here. The basic idea is that (a) wave length and frequency are proportional to one another (b) frequency is a function of time and (c) speed is distance over time.

(vi) This one hits pretty hard. 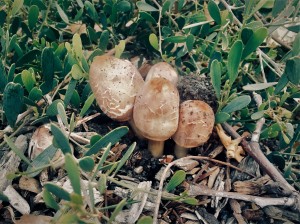 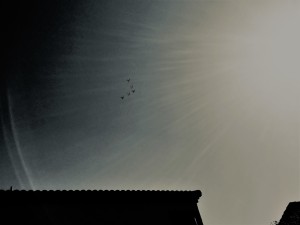 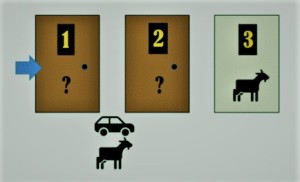 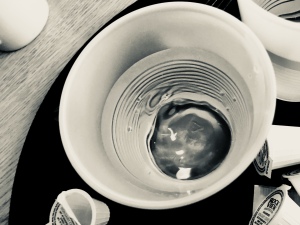